December 29, 2021
Sometimes, there are games that clubs' staff would like to forget as soon as possible... That's probably the case for the management staff and players of Basket Namur Capitale, last season's Belgian Top Division I Women title-holder, after the heavy loss recorded against Valencia BC in Game Day 5 of the FIBA EuroCup Women regular season.

On Nov. 25th, 2021, Valencia BC, without the 2021 SuperCup Women's MVP Cristina Ouvina (point guard, 5'8", born in 1990) and Spanish young talented center Raquel Carrera (center, 6'3", born in 2001), was hosted by Basket Namur Capitale in Saint-Servais, a suburb of Namur, Belgium. In fact, a nice attendance gathered at the Hall Octave Henry to discover and enjoy the Spanish powerhouse's plays. Before the game, Saint-Nicolas visited the place, got on the floor and offered some candies to the kids in the attendance. The fans hoped to see a much stronger fighting spirit among the Basket Namur Capitale players in comparison with the one shown by them against Valencia BC earlier this season, in the first round of the EuroCup Women. Basket Namur Capitale had been severely defeated by the Valencians on Oct. 20th, 2021: 95-45.

There was in fact no real game again on the evening of Nov. 25th since Basket Namur Capitale has never seemed able to challenge their visitors. Valencia BC of Head Coach Ruben Burgos developed some smooth plays and actions to quickly take a large lead: 6-21 after the first quarter. Belgian Cat and Basket Namur Capitale playmaker Marjorie Carpréaux (point guard, 5'5", born in 1987) had forced too much and made bad choices on several occasions. She kept trying to boost her mates but in vain. Valencia BC was led by Spain's national team guard Queralt Casas (small forward, 5'11", born in 1992), Australia's superstar Rebecca Allen (small forward, 6'2", born in 1992, see first picture here above) as well as German international player Marie Gülich (power forward, 6'5", born in 1994). Celeste Trahan-Davis (power forward, 6'1", born in 1985), a former player of Castors Braine who has therefore experienced the Belgian competition in the past, also worked hard in the paint and allowed her team to dig the gap even more at the half: 15-41.

The only player of Basket Namur Capitale who looked like she was willing to challenge their opponents was Kamilla Ogun (forward, 6'1", born in 1999), the Russian international. She had eventually 11 points, 5 rebounds and 1 block in the contest. Defensively speaking, the third and fourth quarters were even worse for the Belgian side who conceded 22 and 33 points respectively. The home team was also outrebounded defensively 22-36. Tall players of the local team, Courtney Range (ex-California '17, forward, 6'3", born in 1995) and Batabe Zempare (ex-CSUB '16, forward, 6'3", born in 1994), never looked able to challenge their opponents. Special mention also to Valencia BC players Laura Gil (forward/center, 6'3", born in 1992) for the efficiency inside the paint (7 rebounds) as well as during set play (4 assists), Angela Salvadores (shooting guard, 5'10", born in 1997) who had 20 points and 4 steals as well as Leticia Romero (point guard, 5'8", born in 1995) and Lorena Segura Moreno (shooting guard, 6'0", born in 2000) who were pretty efficient from long and mid-range that night.

The scoreboard showed 30-96 after 40 minutes of play. The home team's Head Coach Aurelien Garraux and his players looked very disappointed at the end of the game. They failed completely in the last quarter. Figures simply don't lie: Basket Namur Capitale had 34 turnovers and 12/57 in field goals through the four quarters. You cannot win a game when you get such poor team statistics. The difference in assists also looked amazing: 4 for the hosts and 23 for the visitors.

A few days later, it was decided to play basketball games strictly behind closed doors due to new COVID-19 measures in Belgium. It was therefore rather enjoyable for basketball lovers to have had a last chance to attend a game in Namur with such an impressive women's basketball team as Valencia BC. 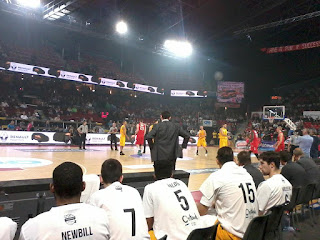 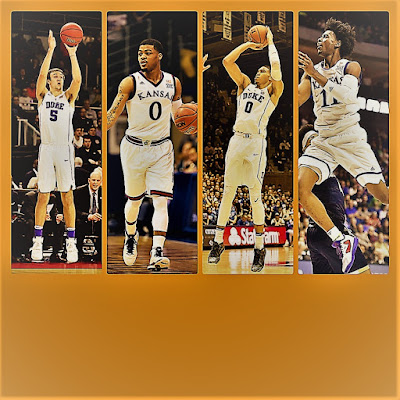